I can’t believe all the folk beating the drum for Rod Stewart; the guy’s a fucking tosser. A great ambassador for Celtic? What, you mean getting pished at the Hampden Hospitality Suite and picking fights with every cunt? I don’t care if he supports Celtic or not, he’s a Tory bastard and deserves to be castigated. No doubt there are other Tory fuckers among the Celtic support, team and in the board room, but they’re not rubbing our noses in it by congratulating a right-wing, racist bastard on social media, are they?

Meanwhile, the papers are full of cunts calling for officials to be lenient with El Guffalo. Er…maybe they haven’t noticed, but he’s been getting away with murder this season. Stamping, kicking, diving; his whole repertoire hasn’t changed at all since last season, except this time nobody’s showing him any cards. Apparently, folk were throwing coins, lighters and cups of Bovril at him. Normally, this is what happens to opposition players at Ibrox, with never a word said about it. How dare other teams’ supporters act like Huns! 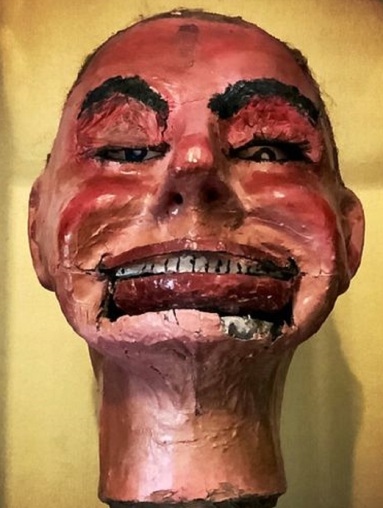 Craig Swan, in the Daily Record, is calling for everybody to calm down when it comes to El Guffalo. Like the rest of them, however, he skirts over the issue of the sending off being a second yellow, rather than a straight red. What was the first yellow for? And he hoists himself with his own petard by condemning golf fans for shouting abuse at some American for being a cheating bastard. He obviously doesn’t see the irony there. That’s why everybody hates El Guffalo; he’s a cheating bastard as well!

He then points to the picture of El Guffalo’s ‘gesture’, arguing that the Motherwell supporters were making a few gestures of their own. At least none of them were practically trampling disabled supporters to death to try to get at him! Does Swan think none of us remember that? The stupid cunt even mentions Scott Brown, as if the situation was in any way similar. If Morelos wants to stop the abuse coming at him from the stands, the solution is simple; stop fucking cheating!

I’ve seen quite a few folk on Twitter saying that Motherwell weren’t themselves on Sunday. They’ve been asking what was wrong with them. Maybe they failed to notice, but their manager was arrested on Friday. Now, that’s enough to put any team off its stride. A bit of a coincidence that, Police Scotland arresting the guy just before his team’s due to face Neo-Gers. Not that Police Scotland would do anything to help the Ibrox club, would they?

After reading Hector’s comment, I had to go and look at JJ’s site. Does that guy honestly think that people’s heads button up the back? He claims to be a ‘socialist’ and then bangs on with some of the most unsocialist opinions I’ve seen. He blames immigrants for everything from unemployment to the state of the NHS. Oh, sorry, that’s just for viewers in England; in Scotland, it’s the SNP that’s to blame. It’s folk like him that helped Johnson win the fucking election!

In my latest book (available now – see below) one thing that I argue is that being thick is almost considered a virtue in Britain; a trait that’s been passed on to the USA. Folk that are clever are viewed with suspicion, especially when they challenge deeply-held prejudices. All the pish about Jeremy Corbyn being a terrorist-supporting anti-Semite was believed because it’s what folk wanted to believe. Deep in their hearts they knew it was nonsense, but it made them feel better about voting Tory. And the reason they voted Tory was plain for all to see.

The fact is that Britain, England especially, is still full of racists. The more racist ‘gaffes’ Boris Johnson made, the more popular it made him. And that’s what all this Brexit shite comes down to: racism. I’ve heard folk going on about economics and the EU being a ‘faceless bureaucracy’, but those are just rationalisations, soundbites picked up from the right-wing media. Many people want to get back to the ‘good old days’, when you could ‘call a spade a spade’ and there was no ‘PC nonsense’ about not saying things like ‘darkies, poofs and spazzies.’

And then we come to JJ’s bugbear; Scottish independence. I’ve seen English folk on Twitter that honestly believe that they’re handing money to Scotland. They don’t understand that Scottish people pay taxes as well and that it’s the tax from Scottish oil that’s keeping their country afloat. Why the hell do they think their politicians are so desperate to hold onto us? The Pakistani guy in our local shop had a good analogy for the situation. He said it was like giving all your earnings to your neighbour and letting him decide how much you get each month. And not only that, he decides how your house is decorated and furnished and even what your garden looks like. Why would anybody be happy with that? he asked.

And as for JJ’s contention that the SNP are underfunding public services, they can only spend what they’ve got. The Barnett Formula is pegged to spending in England; when NHS funding is cut in England, a proportionate cut is made in the ‘grant’ to Scotland. And Scottish MPs have no say in the matter, since they can’t vote on ‘English’ matters. Meanwhile, health boards are struggling under the constraints of New Labour’s allowing the private sector in to mortgage hospitals up to the hilt. Even with these shackles, the Scottish NHS still outperforms the services in other countries of the UK.

Even some in Scottish (ha!) Labour are realising that independence might be a good idea. It must annoy the hell out of Kezia Dugdale to think that if she and her cronies had supported independence five years ago, she might well now be First Minister in a Labour-led independent Scotland.

On the home front, we went last week to watch wee Thea’s nursery’s nativity play. It was actually quite well organised, with very few lines for the children to learn; it was mostly well-known carols and Christmas songs and the audience was encouraged to join in. The Three Wise Men, however, didn’t exactly live up to their name and the gold, frankincense and myrrh were unceremoniously thrown into the manger. Luckily, Baby Jesus was in Mary’s arms at the time. 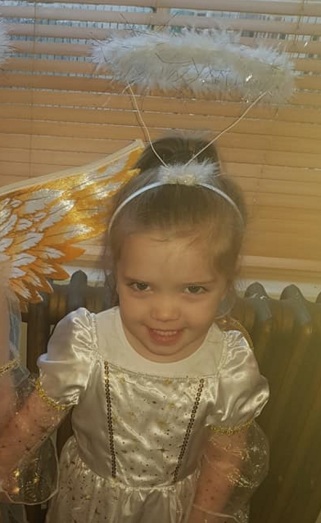 There’s plenty for me to moan about on the telly at the moment besides that fucking tiger. That Chanel No. 5 advert for example. Did they get some five-year-olds to write that? For fuck’s sake! Then there’s Tesco delivering to Winston Churchill, Asda pretending they’ve got a heart, dear food at M&S and singing fucking carrots! What the hell has Christmas been reduced to? 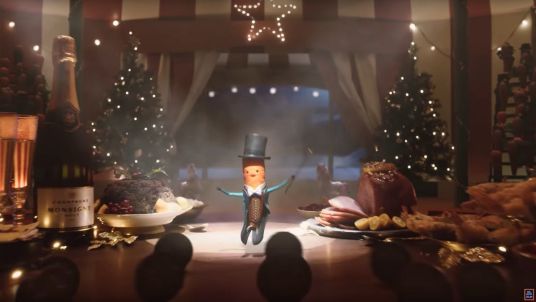 “Let mee-yeeeee-yenterain you!”
“Get oan the fuckin’ plate an’ shut it!”

It must be all this shite on the telly that’s riling me, because I’ve now been put on tablets to keep my blood pressure down. Christ, I’m going to need a pile of them, living with Der Fuhrer. Apparently, these pills can have an effect on your kidneys, so I’ve to get blood taken quite frequently to keep tabs on it. That’s me on the slippery slope to the grave and I’m not even 60 yet! 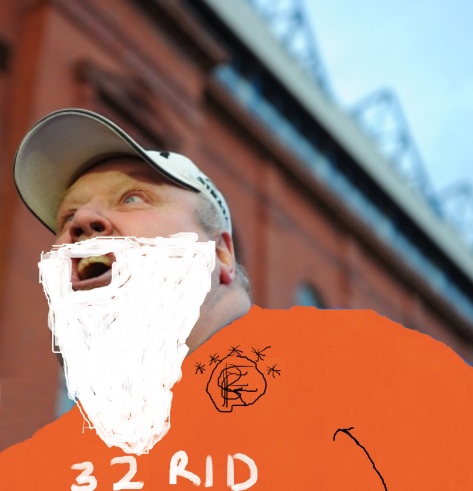 All the problems have been fixed and there are no Roman numerals in the footnotes anymore. (Here, that might even be a selling point for the Huns to buy it!) 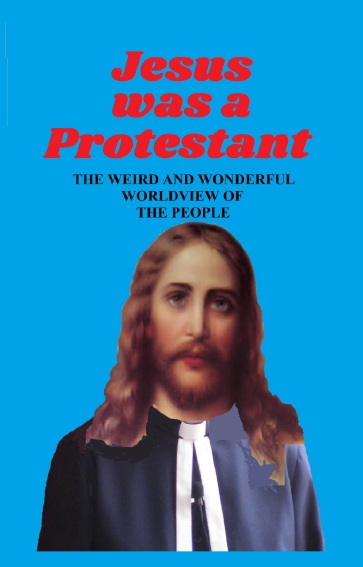 Available now on Amazon. Only £4.90 for the paperback, £1.99 for Kindle. And remember, if you’re skint, just send me an e-mail and I’ll send you back a free Kindle version. Oh, and if you’ve already bought it and are pissed off with those Roman numerals, let me know and I’ll give you a free copy of the new, improved Kindle version!